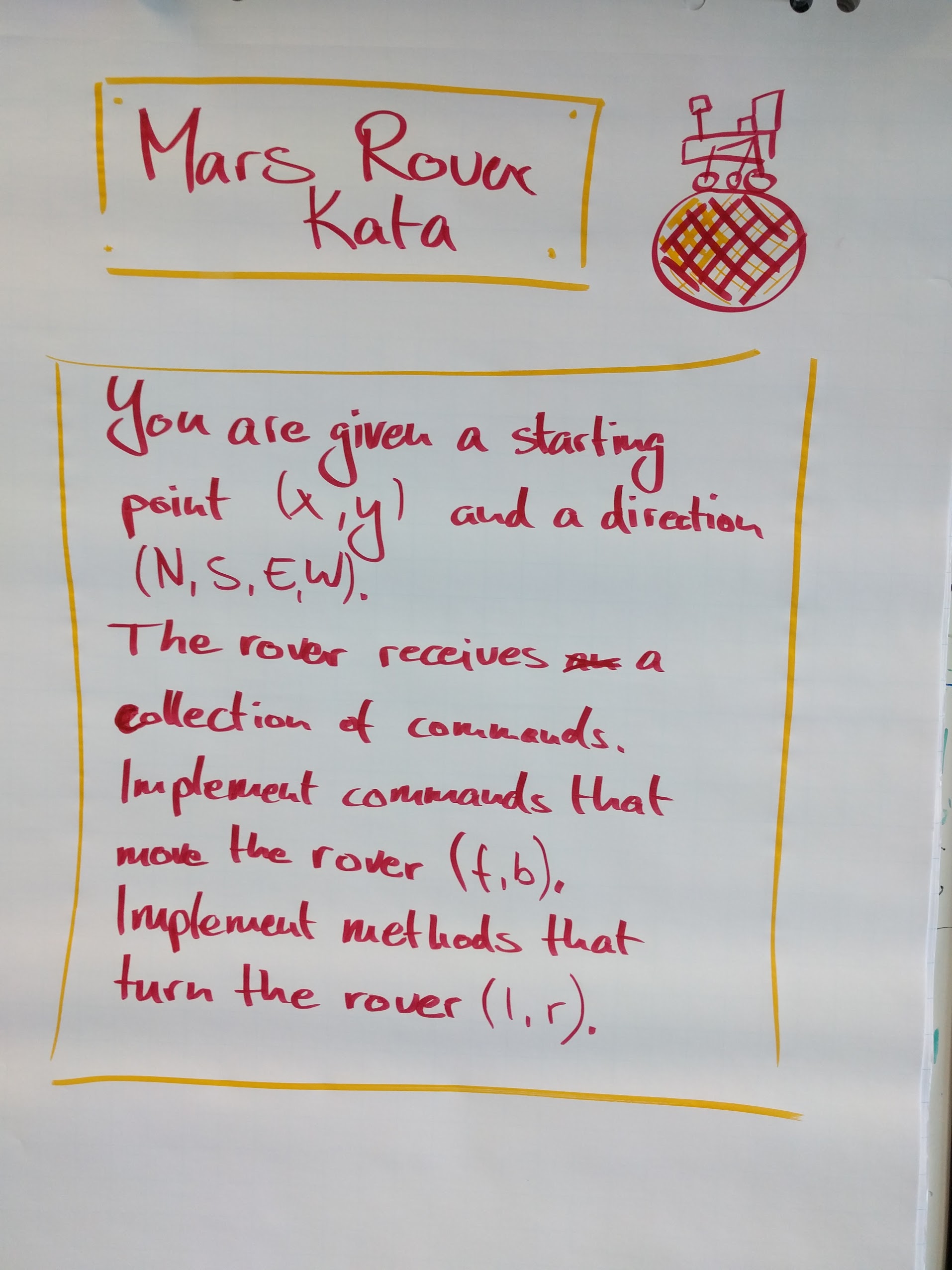 Incremental Kata - no peeping ahead!

This is an incremental kata to simulate a real business situation: work your way through the steps in order, but do not read the next requirement before you have finished your current one.

You’re part of the team that explores Mars by sending remotely controlled vehicles to the surface of the planet. Develop an API that translates the commands sent from earth to instructions that are understood by the rover.

Image by Egga. It shows an exemplary flip chart to facilitate the kata.