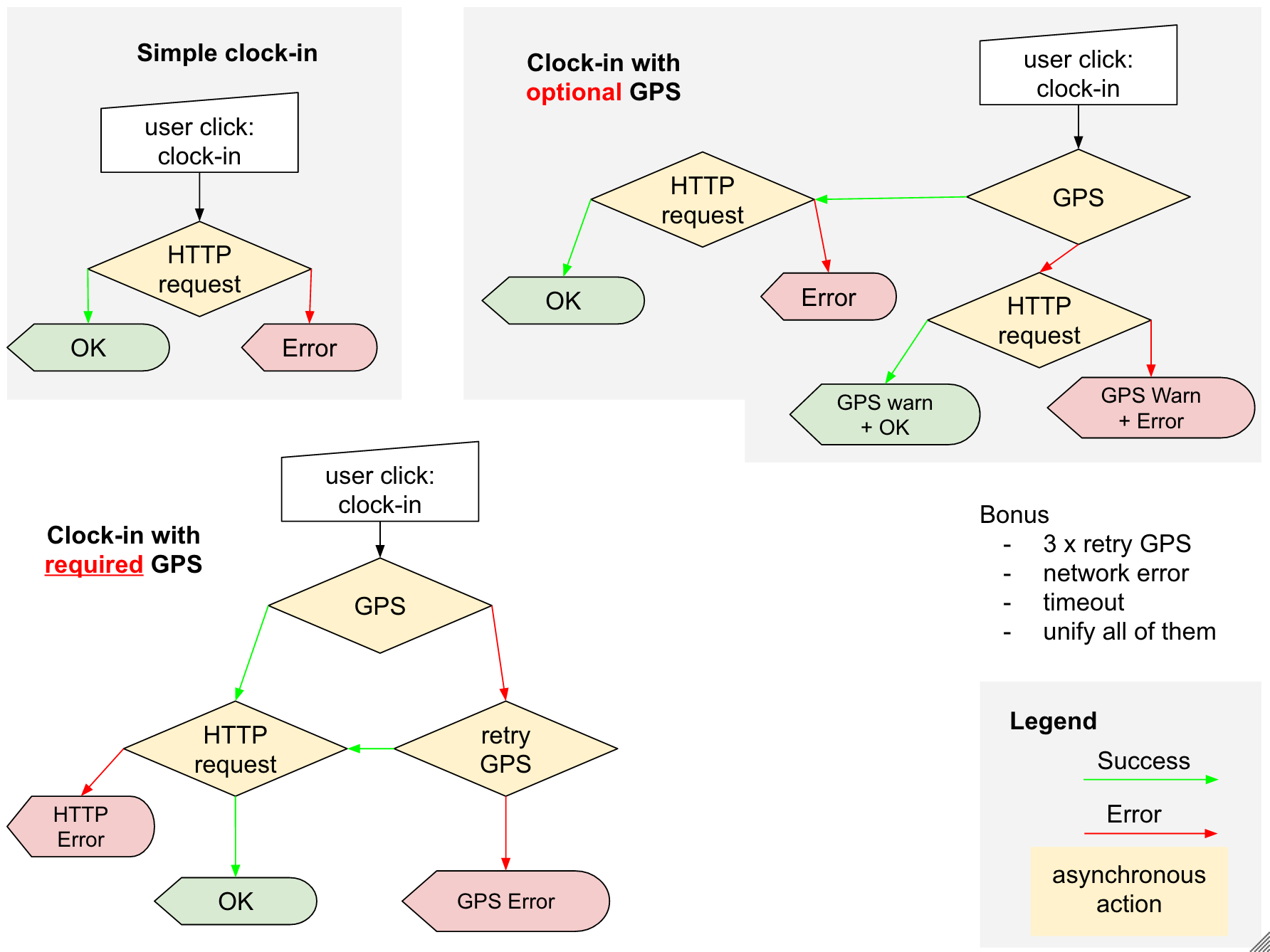 Practice writing (tests with) Promises. Or simply practice writing asynchronous tests, without making them slow. In this case there are two async operations combined in different ways those operations are the XHR and the GPS retrieval. Each of them takes a while. In JavaScript asynchronous programming can be done via callbacks, Promises or various async libraries. In other languages this might be handled in a different way.

The challenge here is

What is the task?

A time tracking tool, that optionally also accepts GPS positions. Implement the collecting of all GPS data (using promises) and sending to the server using some asynchronous method, like XHR or fetch (using promises too). Implement a clockIn() function that returns a promise and works as the diagrams below show.

Or in other words: the “boss” can determine

If you want to get more challenging you can go the next steps like this:

For some code feel free to have a look at the original repo.